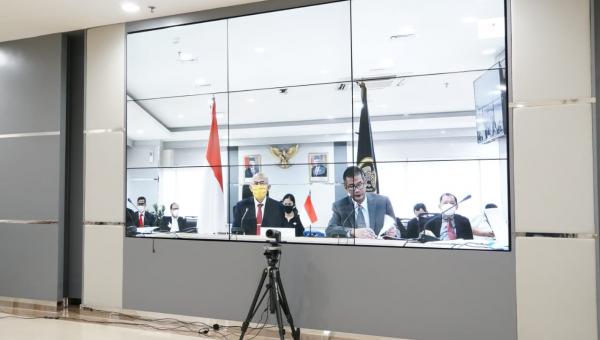 The Dutch desire to regain power in Indonesia was very evident when they launched their second military aggression on December 19, 1948. In this aggression, the Dutch managed to control Yogyakarta and arrest President Soekarno and Vice President Hatta. In this emergency condition, the Telegraph Service as one of the offices in the Ministry of Transportation succeeded in carrying out its duties which had an important impact on the continuity of Indonesia's establishment at that time. The Telegraph Service succeeded in sending the latest news to Bukittinggi addressed to Mr. Sjafruddin Prawiranegara from President Soekarno whose content was to authorize the formation of an emergency government. Subsequently, an Emergency Cabinet was formed with Mr. Sjafruddin Prawiranegara as Prime Minister and Ir. Indratjaja as Minister of Transportation and concurrently as Minister of Prosperity.